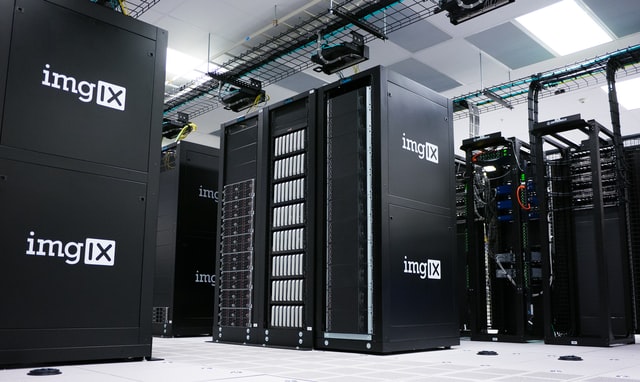 Both Microsoft and Huawei are the world’s top technology companies. Microsoft is a long-established PC software provider. In recent years, it has made drastic business rectifications and focused on cloud services. Huawei is one of the proudest national enterprises in China. In just three decades, Huawei has achieved the No. 1 position in the world’s communications field. In recent years, consumer business has grown rapidly. If there were no sanctions by the U.S. imperialism, Samsung might have been beaten to the ground last year. Although it has received various sanctions from US imperialism, it still stands tall. Whether it is Microsoft sinking servers under the sea or Huawei digging out large mountains to place them, one of the main factors includes operation and maintenance costs. But this is not the only factor, there are many other reasons. And the nature of these two projects is actually quite different.

Let’s first look at these two projects in detail.

Microsoft’s project to sink servers under the sea is called Natick, which is named after a small city in the United States. The test of the project began in 2015, and the first irrigation test was conducted at the California data center to verify the feasibility of the project underwater. Later, in 2018, an entire data center was officially sunk into a 35-meter-deep seabed in Scotland, containing 864 servers and 27.6PB of storage equipment. Until September 14 this year, Microsoft announced the success of its latest experiment, indicating that the future underwater data center is a feasible solution. So, what are the benefits of this Microsoft experiment?

A large part of the power cost of server maintenance is consumed by the server’s cooling process. Placing the server on the bottom of the sea, the icy seawater naturally helps to cool the server, which saves a lot of energy expenditure compared with the land. Microsoft cooperated with Naval Group, a 400-year-old French company with world-leading technology in manufacturing and maintaining military ships and submarines, and applied submarine heat exchange technology for this project. At the same time, Microsoft also expects to be able to combine with renewable energy sources in the ocean, such as tidal energy and offshore wind energy, to achieve self-sufficient operation of submarine data centers through these renewable energy sources. Another point is that even rent is saved on the seabed.

The Microsoft Subsea Data Center is a modular concept. More than half of the world’s population lives within 20 kilometers of the coastline, so it is a very good choice to place data centers in the sea area of ​​coastal cities, which can greatly reduce the delay in data transmission and give users a better online experience. At the same time rapid deployment, a data center module from planning to landing deployment only takes 90 days, based on current technology, it is much faster than building a data center on land.

Because the submarine environment is closed, there will be no human factors. The closed container will also be filled with inert gas, allowing the server to operate in a constant temperature and humidity environment. Microsoft said that the failure rate of underwater data centers is only one-eighth of that of terrestrial data centers. However, once a problem occurs, the maintenance cost and difficulty of underwater data centers are much higher than on land. So Microsoft expects a data center module that can continue to operate underwater for 5 years without maintenance. When its service life ends, it can be recycled again.

Huawei hollowed out a mountain to place its servers:

Next, let’s look at Huawei’s hollowing out of the mountain to place servers. This project is Huawei’s ongoing construction of the Qixing Lake data storage center in Guizhou.

The reason why I chose Guizhou is inseparable from various national preferential policies. Guiyang is the first city in China to designate the big data industry as a strategic emerging industry for development. Huawei is not the only company building a data center in Guizhou. Tencent, Ali, Apple, and many other companies have also invested in the construction of data centers in Guizhou. Electricity consumption is the largest expense in data center operation and maintenance costs. Guizhou has abundant electric power, coupled with the local government’s strong preferential policies, the minimum electricity price is 0.35 yuan/kWh, allowing enterprises to greatly reduce operation and maintenance costs. At the same time, the government also provided a large area of ​​low-cost land, which reduced the construction cost of the data center by 10%.

Guizhou is located in a stable geological zone, and there will be no earthquakes, volcanoes or floods, and other natural disasters. At the same time, the climate in Guizhou is suitable, the temperature is relatively average throughout the year, and it is not too high or too low, which is suitable for server operation and maintenance. Huawei uses the method of digging a mountain to place the server, not only cleverly using the mountain structure as a building, but also taking advantage of the stability and constant temperature characteristics of the mountain, achieving two goals with one stone.

Who is better? Microsoft vs Huawei

After understanding the above two items, look back to see who is better? In fact, the two projects are not of the same attributes and comparable. Microsoft’s Natick is currently an applied research project and has not yet been fully converted into commercial use, and its data module deployment model is mainly for users to provide a better Internet and cloud service experience. Huawei chose to dig mountains in Guizhou, and the establishment of a data center is a fully mature commercial project. Moreover, Huawei is building an IDC data center. I guess it is similar to Apple’s before. It is used as a Huawei cloud storage center. For example, the storage data of cloud space in our Huawei mobile phone is a cold data storage center.

If you have to judge, I think Microsoft’s subsea modular data service center combined with renewable energy is a very environmentally friendly and creative project. And from the perspective of consumer experience, in the future, in deeper and broader cloud services, the project may not necessarily be able to land, at least it also provides creative ideas for everyone. Huawei digs mountains to build a data center and follows the rhythm of the times on a down-to-earth basis. It is in line with Huawei’s consistent style. It is focused on a certain field, bravely charging forward, and doing it is to be the world’s first.