Before answering this question, let’s review the screen situation used by each mobile phone. First of all, let’s not discuss the latest three new iPhones. Except for the iPhone X, which uses Samsung’s OLED screen, all iPhones use LCD screens. The main suppliers are LG, Sharp, JDI, etc. Therefore, when the parallel iPhone needs to be replaced, the seller will usually ask you what version it is, and it is not enough to install a national screen. Regarding Samsung, its entire series uses its own OLED screens, whether it is a high-end mobile phone or a mid-to-low-end mobile phone, all of which are self-sufficient.

We need to discuss Huawei separately. On the low-end series such as Honor and Nova, the screens are all LCD panels. Only in the high-end P series and some phones in the Mate series do we see occasional OLED screens. Next, compare the difference between OLED and LCD.

Light Emitting Diode (LED) is a semiconductor component. Organic Light-Emitting Diode (OLED) is also known as organic electric laser display technology. It is clear that no two are light-emitting diodes. The difference is that OLED is organic light emitting. Let’s start with popular science first. The LED that manufacturers generally promote is actually a backlight display technology, which essentially belongs to the category of LCD display.

The LCD screen mainly relies on the backlight layer to emit light. It consists of a large number of LED backlights. I vaguely remember that at the Xiaomi Mi 5 conference in 2016, in order to promote the black technology of 16 low-power LED backlights, the principle of LCD lighting was specially explained. To put it simply, white light is displayed through a backlight, and then a colored film is added to the backlight layer. When the white light passes through these films, it can become colored to display images.

The OLED screen is composed of organic light-emitting diodes, and does not need a backlight layer or a liquid crystal layer that controls the amount of light, and can emit light by itself. In layman’s terms, the diode itself is a light, and it can be turned on when it is energized.

As mentioned before, the LED screen needs a backlight layer and a liquid crystal layer to emit light, but the OLED screen does not need it, so the thickness of the OLED is less than 1 mm, only one-third of the traditional LCD screen, and the weight is also lighter, so the OLED screen can help the The phone is made thinner and lighter. And due to the characteristics of material composition, OLED has better shock resistance and is not afraid of falling.

The most criticized aspect of LCD is the black performance: the liquid crystal layer cannot be completely closed. When displaying black, part of the light passes through the color layer, and light leakage will inevitably occur. Therefore, the black color of the LCD is not pure. The higher the brightness of the screen, the higher the brightness of the LED backlight, the more light is blocked by the liquid crystal, the more impure the black, and finally the color is not clear enough.

The OLED panel does not emit any light when it displays pure black, so its contrast ratio can reach infinite, it can more easily support the HDR (High Dynamic Illumination Rendering) function, and it is more clear when viewing the dark series. OLED can display the deepest black, and it does not emit light when displaying black, which saves more power.

The mobile phone displays the color of the screen through pixels, but the pixels need time to change. This time is called “gray-scale response time”. If the gray-scale is too long, a smear will appear visually, and the image will not be displayed. great influence. The OLED screen has almost no smear, and the screen response speed is much faster than that of the LCD screen, and even if it is Apple’s top LCD, the smear is still a smear.

OLED has a wider color gamut. Because the color of LCD is generated by color filters, the color gamut is limited, so the color of the LCD screen is weaker than that of the OLED screen. OLED can display more and more beautiful colors, making the picture more vivid. But LCD is not useless. Compared with OLED, its lifespan is longer, more durable, and cheaper. At present, in the field of mobile phone OLED, Samsung is the absolute king, whether it is market share or product quality, it deserves to be the NO.1 in the industry.

Therefore, the overall screen display effect is sorted, Samsung>Apple>Huawei, I think most netizens should have no opinion. Samsung’s OLED screen is better than LCD screen, there is no doubt, Apple currently has a large number of excellent top-level LCD screens, and considering Apple’s adjustment of color, the second is reasonable.

It is hoped that domestic OLEDs will continue to make persistent efforts, continue to carry out technological innovation, and strive to catch up with the world’s advanced level. 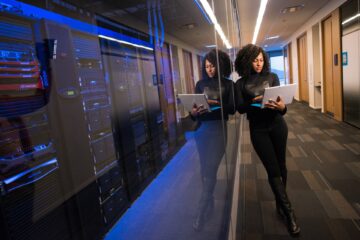 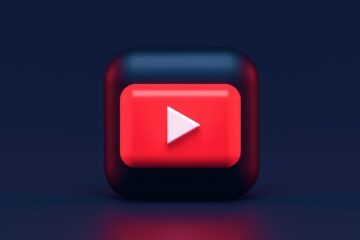