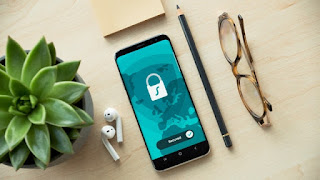 After nearly a full four-month delay, Google finally added a “private label” to the main application on the App Store so that users can know what data they are collecting. Among them, the Gmail mail client first added the App Store “privacy label” on February 22, but it was not until March 1 that it ushered in an update. Then other apps are also following up slowly and slowly, such as the Google Maps app last week. MacRumors pointed out that since Apple launched its new policy on December 8, 2020, many Google applications have not received relevant updates for several months. However, according to The 8-Bit, Google finally added a “private label” to the last main application (Google Photos App).

It should be pointed out that although Google Photos albums and Google Maps map applications have now also added a “private label”, they have not yet ushered in an official update like the previous Gmail mail client. It is not clear why Google has delayed adding a “private label” to its App, but we are not surprised that the company collects large amounts of data from customers. For example, the rough location collected by the Google Maps map application, as well as data such as search engine/browsing history, identifiers, and usage, are used for third-party advertising and other purposes.