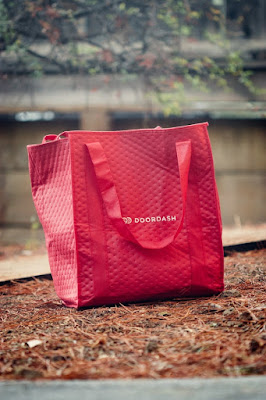 The Chinese food delivery model is “invading” the US market. On the evening of December 9, the American food delivery service provider DoorDash officially landed on the New York Stock Exchange and the market value of the first day of listing skyrocketed by more than 78%. In fact, since its inception in 2013, the capital has been optimistic about DoorDash. In the past seven years, DoorDash has completed more than 2.5 billion US dollars in financing, including many well-known investment institutions such as Softbank, Sequoia Capital, and GIC. It is worth noting that this DoorDash, which is called “Are you hungry in the US version” and has become the largest food delivery company in the United States, was founded by three Chinese, namely Tony Xu, Stanley Tang, and Andy Fang. This is destined There will be “Chinese genes” in this food delivery company. From the perspective of the business model, DoorDash has almost the same delivery mechanism as Ele. me and Meituan. DoorDash’s delivery process is that consumers place orders online, merchants make meals, and then use algorithms to receive orders from nearby riders, and launch the Storefront service to help restaurants build databases, thus forming a stable ecosystem. In addition, DoorDash completed the acquisition of its competitor Caviar for US$410 million in August last year. This is similar to the way Ele. I acquired Baidu Waimai in 2017, in order to expand its market share by acquiring rivals.
So what is the result of adopting the Chinese food delivery model?
The first order was received 45 minutes after the launch of DoorDash’s website. In just 7 years, it surpassed Grubhub, the originator of American food delivery, and became the platform with the largest market share in the American food delivery industry. So far, the total sales of food delivery merchants in DoorDash have exceeded 19 billion U.S. dollars. Last year, the same-store sales of each merchant in DoorDash increased by 59% over the previous year; the cumulative number of user orders in DoorDash exceeded 900 million. In the third quarter of this year, the average delivery time for each order was 35 minutes, which was a 23% decrease from the third quarter of 2017. In addition, DoorDash has basically reached cooperation with 200 national brands in the United States to penetrate the sinking US market. paving. The takeaway cake is also very large in the United States. Not only are companies specializing in food delivery such as DoorDash, but also giants such as Uber who want to share the cake. Earlier this month, Uber announced the sale of its self-driving unit ATG to self-driving car startup Aurora Innovation. This move shows that Uber has abandoned its non-core business and focused on its core business: online car-hailing and food delivery. Uber started by relying on online ride-hailing services, which needless to say, and the take-out business is because the takeaway business has more profit margins than the online ride-hailing business. Judging from Uber’s financial report, the loss caused by the food delivery business has narrowed significantly. As the food delivery business further matures, there is still the possibility of achieving profitability and driving Uber’s overall profitability.
After Uber cut costs, cut off non-core businesses, and shifted its strategic focus to food delivery, its business ideas and strategic directions became more and more similar to Meituan. They all expand from a single field to diversified businesses, all bear high-cost capacity, and they all carry out logistics migration based on geographic locations. It can be seen that by following the Meituan model, Uber’s food delivery business has gradually improved, and it has also gained a place in the highly competitive American food delivery market. It can be seen that China’s food delivery model is being used more and more by overseas companies. Whether it is a startup company or a halfway Internet giant, they must study and imitate the Chinese model if they want to enter the industry. I think that when Chinese Internet companies wanted to start businesses, they had to take the US company’s model and learn from it, but the current situation seems to be the other way around.
As the birthplace of the Internet, the United States has always exported its own model to the outside world. Now it has been “invaded” in turn, and it may be emotionally resisting. But facts have proved that the innovative model of China’s Internet is really easy to use. The United States must not only follow suit but also cannot prevent excellent Chinese applications such as TikTok from directly entering its Internet market. But in the final analysis, there are still many differences between the conditions of the American food delivery market and China, so American companies should not just copy them, but localize on the basis of imitation, and find a style that suits them for a long time. But there is no doubt that the Chinese food delivery model has matured and is likely to be popular in overseas markets in the future.