1. No pre-installed apps, no messy advertisements and pushes:

On any Android phone, you can always see some pre-installed applications when you open a new phone. These are the promotion of the APP and are for the mobile phone manufacturer’s money; when you open the new iPhone, the phone does not have any unofficial apps pre-installed. And everything can be deleted except system-level essentials.

Regarding advertisements, the system does not have any built-in advertisements. Due to work reasons, I often get some evaluations of new Android devices. There are too many advertisements in the system and it is difficult to prevent. In addition to being clean or clean, Apple’s Apple Store has replaced my dad with an iPhone 11 this year. I am relieved.

Regarding push, Android push can also be turned off, but Xiaomi said that you need to go to “Settings”-“Application Settings”-“Application Management” to find the “Notification Management” that you want to manage the application. It is not hidden too deeply. People who can play with mobile phones don’t know where to turn off the application push notifications, and the iPhone directly opens the “Settings”, sliding to the bottom is the authority management of each APP.

Although there is no high brush, the smooth animation experience of iOS is enough to make you feel a smooth operating experience. Every time you slide up to return to the screen, slide the small horizontal bar left and right to switch APP, it is a bit like a person with strong internal skills, not at all Need a plug-in.

3. The color of the screen is accurate:

The iPhone’s screen looks very comfortable. Whether it’s the previous LCD screen or the current OLED screen, it is a top-of-the-line screen. All iPhones currently on sale support DCI-P3 wide color gamut and the color calibration is really good. Everyone who has used it knows that there are functions such as original color display, warm color adaptive, and so on.

Even if it’s the iPhone 11 with a 720P big fruit screen that has been ridiculed by everyone, a few people have actually touched it and said that the actual resolution of the iPhone 11 is 1792 x 828, which is an 828P screen with a pixel density of 326ppi. Most Android flagship OLED screens have a pixel density of more than 400ppi. The equivalent PPI of the diamond-arranged OLED screen is only about 320ppi, and the equivalent PPI of the RGB Delta arrangement is even only 280ppi. This is also the reason why the actual look and feel of the iPhone 11 is not bad or even better.

You heard that right, the iPhone camera is really awesome. We often say that the iPhone’s photography is very real. This is that Apple’s color management is based on “precision” considerations, including accurate camera metering, accurate exposure, accurate white balance, and accurate color reproduction. These digital aspects must be reflected. Come out, the iPhone provides a powerful super-retina XDR display. This screen is far better than DxOMark’s mobile phones in front of it in terms of color accuracy, transparency, and clarity. This is no matter what it is for you. It is very helpful to use or to perform fine operations when retouching the image.

In addition, iPhone 11 and 12 support night scene mode shooting, extending the exposure time can achieve a brighter night shooting picture, and there are more ways to play at the same time. Photos from Android phones often have a strong color tendency, such as Huawei’s bright colors, which will affect the idea of ​​retouching and still have room for later retouching. And the iPhone restores the reality as much as possible and presents a real “original film” so that in the later stage, the photo itself will not be stylized and there is no way to start a color correction. The Apple ProRAW launched this year is even more powerful. You can take a look at these samples. To be honest, I bought the iPhone for the camera to a large extent.

The reason why many photographers like to use iPhone to take photos, apart from the three points mentioned above, I have to mention the powerful software ecology of the iPhone. Many photography apps are not available on Android, such as ProCam, SlowShutter, Sky Live, etc., and other types of software.

The software is rich and optimization is also in place. The reason is simple because the iPhone produces two or three models every year, and the user base is huge. It is the target of optimization for software companies, and it is too difficult for Android to do comprehensive optimization. Just one brand releases new phones every year, but two hands can’t count. I often see Xiaomi users in Lei Jun’s comment area. Say “Is it a user who gave up the Mi 10U?” My own MIUI is still like this, not to mention the APP adaptation and upgrade.

5. Make a video of Dugu and seek defeat:

In terms of video, currently, there is nothing that Android can play. In 2017, Apple realized the 4K60P silky video shooting experience on the iPhone 8. By this year, the iPhone 12 series will be Dolby Vision (HDR video), and the Android side will shoot 4K60P. The video is still shaking very much, and Apple plus the best Smart HDR, Dugu’s video function (image quality, anti-shake, radio, zoom), is really great, and many Taobao e-commerce companies also have vibrato, Short video users, if they don’t use a professional camera, basically use the iPhone.

An Apple ID can seamlessly connect iPhone, iPad, and Mac devices. The pleasure of collaboration is not comparable to Android + Windows. For example, the copied content of iPhone, iPad, MacBook can be directly pasted to another device. Take the web page information viewed on the iPhone and open it directly on the iPad or MacBook.

For example, the photos and videos taken on the mobile phone can be directly AirDroped to users who also use Apple devices. For example, AirPods can switch between different Apple devices without interruption.

8. The direct screen display content is good, not accidentally touched:

The curved screen mentioned by the subject is exactly what I hate the most. I don’t touch it by mistake. The key is that the display content is not complete, and the color of the curved-screen is problematic. I don’t know why the Android flagship has almost no direct screen. Don’t you realize it? This problem? Even if you want a mobile phone with a straight screen like iQOO 7, the width of the front frame is not consistent and very ugly.

When talking about 5G here, I don’t mean how good the iPhone 5G is, but for me, 5G is the most useless feature of the iPhone 12, and even the most useless feature of all 5G mobile phones now. Just like the iPhone 6 was equipped with NFC early in the year, but it was only a few years ago that I could use the NFC function to take the subway in Beijing, and I have not used the iPhone 6 for a long time. Take this example, which means that 5G is not popular. It’s no good to use a 5G mobile phone, so even in 2021, I recommend the 4G iPhone 11 because my 12 Pro Max is always using 4G.

There are many other good places, users who are familiar with iOS should know better than me, let me cite a few more examples

If Apple says that it is second in security and privacy, no one should dare to say that it is the first.

Good looking and easy to use:

iOS will change the screen font color according to the wallpaper color so that the display content can be clearly distinguished at any time. If the background is white, the font will become black. And the color matching of the entire APP rounded corners

When the iPhone is shooting a video, as the lens is zoomed in, the microphone pickup will be increased. This is the iPhone’s audio zoom. Those who have never experienced it can try it.

This is really a cool and explosive iPhone official application. The commands in the shortcut commands need to be added by yourself. This is all you need to see the various super awesome commands shared by many big guys on the Internet. After you use it up, you will feel your iPhone Force the grid to rise straight.

Although Apple did not support the function of desktop widgets until iOS14, this may be a full 10 years later than Android~ but it is actually more important to play well than play it earlier.

I have saved pictures, emails, memos, etc. for several years, all of which are uploaded to iCloud and automatically backed up. My other devices can also be synchronized and updated. Even if you start a new device, you can directly synchronize it, and the data of each APP will be synchronized. Come here, this is really sweet.

There are more and more apps on mobile phones, and it’s so worry-free to have a keychain to manage passwords.

In this world, Apple’s mobile phone cases and related accessories are definitely the easiest to buy, and the quality is also the highest. 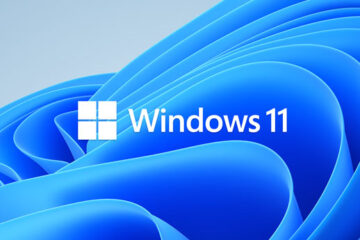