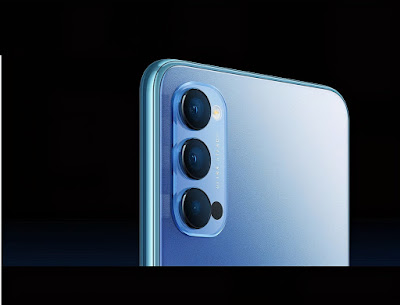 OPPO has always had deep attainments in the shooting. The main video shooting function since the Reno2 era has also been greatly improved on OPPOReno4Pro. It is equipped with the latest generation of video super anti-shake 3.0 technology, video super anti-shake + The combination of Video Super Anti-Shake Pro+Front Video Super Anti-Shake allows users to steadily produce movies in various scenes and take satisfactory stable videos.

OPPOReno4Pro is a mobile phone that focuses on shooting technology. OPPO continues to dig into the advantages of shooting on this phone. This phone is different from other camera phones in that it still uses a three-camera module, which does not seem to have the advantages of other four-camera phones. But OPPO’s consistent philosophy is to make the best use of everything and give full play to the power of the three cameras, rather than rashly adding cameras. OPPOReno4Pro has a 32-megapixel high-resolution camera with a super video image stabilization algorithm, and it also supports the superposition of filters and beauty. The rear three cameras are: the 48-megapixel main camera uses a Sony IMX586 sensor (1/2.0 photosensitive area, f/1.7 aperture), and a new anti-shake system is added; a 12-megapixel ultra-wide-angle camera with a first-class IMX708 sensor Help; while configuring a 13 million-pixel telephoto lens, it also adds a laser focus module. The focusing speed is not only fast but also accurate. The overall shooting hardware configuration of OPPOReno4Pro is very powerful. 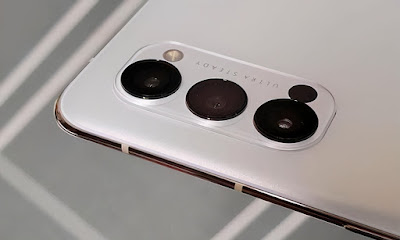 OPPOReno4Pro’s 48-megapixel main camera can output 12-megapixel photos based on four-in-one pixel technology, and can also generate 48-megapixel ultra-high-resolution photos through one-to-one pixel technology. Therefore, when shooting landscape scenes, OPPOReno4Pro’s photos are very clear, and in high-contrast scenes, Reno4Pro can restore the shadows in place through the LiveHDR algorithm. OPPOReno4Pro is equipped with a 120° ultra-wide-angle lens (angle of view: 120°×f/2.2 aperture), which can not only take photos with a wider viewing angle but also has a 1/2.43-inch photosensitive area IMX708 sensor with a 1.4μm single pixel area. It also has the performance of four-in-one pixels and has the same high-quality characteristics as the main camera.

OPPOReno4Pro has equipped with a 13-megapixel (f/2.4 aperture) telephoto lens, which is about twice the focal length of the main camera. With OPPO’s super anti-shake algorithm, the telephoto shooting also has the same high-quality performance. OPPOReno4Pro supports up to 20x digital zoom technology. The shooting interface is preset with an ultra-wide angle, 1X, 2X, and 5X. At the same time, you can use two fingers to slide out on the screen to achieve a maximum of 20x digital zoom. At the software level, OPPOReno4Pro has been upgraded again, with a new AI ultra-clear night scene algorithm, which is above the previous night scene algorithm. Added automatic exposure and automatic white balance functions, video super anti-shake 3.0 function, and added ultra-night HDR, which can meet the shooting and video needs under different light conditions, even in extremely dark environments (light less than 1lμx), You can also take bright and clear night scene photos. 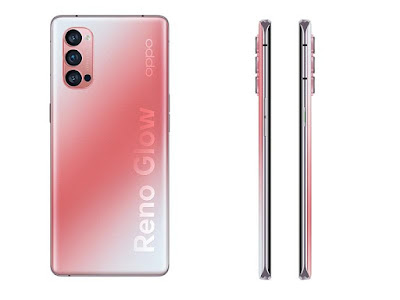 OPPOReno4Pro still focuses on video super anti-shake. It combines OIS optical anti-shake and EIS electronic anti-shake into HIS hybrid anti-shake technology. It reflects that the video shooting interface is a video super anti-shake, and the picture is more stable when shooting videos. After turning on the anti-shake mode, the stability of OPPOReno4Pro’s shooting video is significantly increased, but the viewing range is reduced. In order to make up for this problem, the “Super Anti Shake Pro” function has been added to the video interface. After it is turned on, not only the picture stability is improved, but the picture will not be cropped. OPPOReno4Pro supports super night scene video shooting. It has good performance in both day and night. After the super night scene mode is turned on, with the addition of LiveHDR and other functions, a wider dynamic range and better picture tolerance can be obtained, especially The details in the dark are better, making the overall picture transition more natural. 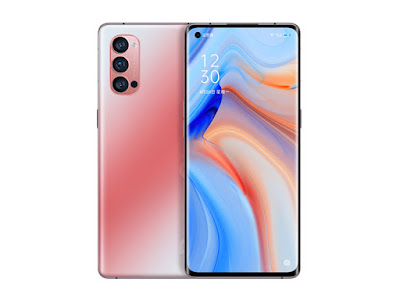 Use OPPOReno4Pro to shoot night scene videos. Due to the support of the moonlight night scene optimization algorithm, while increasing the amount of light, it can also improve the purity of the picture. The overall picture brightness has been significantly improved to ensure that the night scene shooting is clear enough. Take a good night scene video under a darker night scene, so that the night scene can be more vivid and beautiful. In order to make it convenient for users to edit the captured video, OPPOReno4Pro also comes with its own Sloop recording APP, through which users can quickly perform video editing, editing, and processing operations, which is not only convenient and practical, but the entire interface is also very fast. It can be said that OPPOReno4Pro is really a very useful camera phone.